DRUGS & ALCOHOL: WHY SHOULD WE CARE?

From a seminar he gave to doctors and students from across Europe-Eurasia at the 2008 ICMDA conference, the author examines substance misuse from both medical and Christian perspectives, concentrating on our atitudes to the stigmatised. 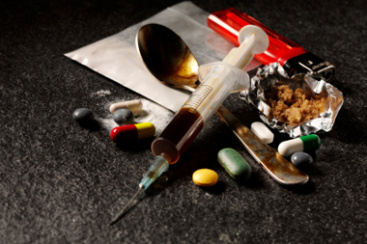 Alcohol and drug misuse are common and have enormously destructive effects on physical, mental and social health.

All doctors should care, particularly because treatment works.

Recognising that stigma must be overcome, the author draws a broad parallel with biblical leprosy and Christ's response, and encourages Christian doctors to treat effectively and to restore dignity.

1. Why as doctors we should care about substance misuse

At medical school it perhaps seemed that esoteric syndromes were the key areas to study (linked to their significance in examinations). Substance misuse was barely mentioned yet in the working lives of many doctors across a wide range of disciplines, substance misuse in general, and alcohol misuse specifically, has a prominent place.

Substance misuse is common. 38% of men and 16% of women have alcohol use disorder (drinking above the recommended levels), while 6% of men and 2% of women have alcohol dependence (meeting ICD-10 criteria for dependence). (1) Recent concern has focused on increased rates of drinking in women (closing the gender gap for excessive and harmful drinking), and changes in alcohol use in those under the age of 16, who were drinking twice the amounts in 2006 compared to 1990. (2) Over a third of the population have taken an illicit drug in their lifetime, with higher rates of drug use in younger people: (3)

It has widespread effects on health

Alcohol misuse is linked to 70% of A&E attendances between midnight and 5am, to 125,000 facial injuries per year, to 60-70% of domestic assaults, and to 23% of child neglect cases. (4) In 2007, for the first time, a health performance target was linked to alcohol, aiming to reduce the number of alcohol-harm related hospital admissions. (5)

Across all ages the top three conditions related to alcohol are hypertensive disease (133,307 admissions annually), mental and behavioural disorders due to use of alcohol (94,382 pa) and cardiac arrythmias (76,540 pa). Other conditions featured prominently in different age groups (eg assaults, falls, epilepsy, and spontaneous abortion). (6) 39,180 people are admitted each year with alcoholic liver disease. Liver disease now ranks fifth for causes of death in the UK, and is rising, while the four causes of death above it have rates that are falling.

Similarly, illicit drug use has diverse and serious effects on health. Opiate misuse may be associated with weight loss; deep vein thrombosis; pulmonary emboli; infections and abscesses at injection sites; other infections such as hepatitis, HIV and endocarditis; and carries the risk of overdose, which may be accidental or deliberate, and may be fatal.

There is also significant co-morbidity with mental health disorders; with increased rates of conditions including depression, anxiety and phobic disorders. The substance use may prove a barrier to individuals accessing treatment - or treatment being offered. Additionally, individuals with substance misuse may have had difficult upbringings (eg abusive childhoods, unstable family structure, poor schooling) and may continue to experience social disadvantage (eg debt, lack of jobs, poor housing, involvement with the criminal justice system). Substance misuse is thus truly 'holistic'.

In our world of evidence-based medicine it is important to note that interventions in this field do work. An American study (7) involving 1,726 patients (over 95% of whom had alcohol dependence) found three different types of psychological treatments - cognitive behavioural therapy, motivational enhancement therapy, and 12-step facilitation (which is integral to the approach of Alcoholics and Narcotics Anonymous) - all led to improvements. Over the whole group the drinking days fell from an initial average of 25 days per month to six, while the number of drinks per day fell from an average of 15 to three. A similar UK study showed that psychosocial therapies used for alcohol treatment saved about five times as much in expenditure on health, social, and criminal justice services as they cost. (8)

Other studies have demonstrated the beneficial role of medications such as acamprosate, naltrexone, and disulfiram in maintaining abstinence from alcohol. For opiate dependence a recent health technology assessment concluded that both methadone and buprenorphine were more clinically effective and cost effective than no drug therapy. (9) Treatment saves lives, reduces crime, and gives opportunity for a degree of stability to develop and so other difficulties (physical, psychological or social) can be addressed. For some this may lead on to a period of rehabilitation, and some programmes have a clear Christian ethos.

2. Why as Christian doctors we should care about substance misuse

One of the greatest compounding difficulties is that of stigma, which can lead to reduced access to education, housing, employment and health care. A sample of 234 GPs in Norfolk showed that 66% believed drug addicts to be deceitful, unreliable and unwilling to co-operate with treatment. The same percentage felt drug addicts deserved all the help they could get, indicating that a third did not! (10) A Manchester study of 341 GPs showed 11% to believe that all opiate users should be removed from practice lists. (11)

The patient's perceptions of health professionals were revealed in a further primary care study of 116 patients having treatment for addiction. GPs tended to score highest for professionalism (accessibility, confidentiality, and to a lesser extent, knowledge). Personal characteristics such as ease of conversation, understanding and criticism took the middle ground, while the lowest rankings were for sympathy and usefulness. (12) This finding contrasts with evidence that having an empathic relationship with a professional is a key factor in whether that treatment is successful. (13)

And the leper in whom the plague is, his clothes shall be rent, and his head bare, and he shall put a covering upon his upper lip, and shall cry, Unclean, unclean. All the days wherein the plague shall be in him he shall be defiled; he is unclean: he shall dwell alone; without the camp shall his habitation be (Leviticus 13:45-46, AV).

The biblical word 'leprosy' applies to a number of diseases affecting the skin, and the parallel with substance misuse is in the area of stigma. In this passage we see the lepers have had their dignity removed (clothes torn, head shaven); have faced public shame ('Unclean, unclean'); and have become outcasts from society ('he shall dwell alone'). What would follow would be a disruption in family relationships, loss of jobs, and doubtless intense personal distress. In our privileged position as medical practitioners, how should we respond?

Do not conform any longer to the pattern of this world, but be transformed by the renewing of your mind (Romans 12:2).

Our minds are to be different, but to to accomplish this we need to undergo a transformation - a metamorphosis! This is the same word as used for the transfiguration of Christ in eg, Matthew 17. It is a difference so significant it should be evident to all who see it. The evidence will be seen in the attitude we show to others; not so much in great deeds but in the way we respect others and do not think of ourselves as being 'better'. We are different, not because of any good in us but 'in view of God's mercy' (Romans 12:1), 'to test and approve God's will' (verse 2) and 'in accordance with the measure of faith God has given you' (verse 3).

A man with leprosy came to him and begged him on his knees, 'If you are willing, you can make me clean'. Filled with compassion, Jesus reached out his hand and touched the man. 'I am willing', he said, 'Be clean!' Immediately the leprosy left him and he was cured (Mark 1:40-42).

Jesus was approachable (the man 'came to him'), caring ('filled with compassion'), responsive ('I am willing') and effective in using the ability he had ('Jesus touched... he was cured'). Surely these are the same characteristics we are called to use with all patients, including those with substance misuse? Perhaps the ultimate challenge to our attitude to substance misusers comes from the lips of Jesus himself:

For I was hungry and you gave me something to eat, I was thirsty and you gave me something to drink, I was a stranger and you invited me in, I needed clothes and you clothed me, I was sick and you looked after me, I was in prison and you came to visit me…I tell you the truth, whatever you did for one of the least of these brothers of mine, you did for me (Matthew 25:35-36,40).

Derrett Watts is a consultant addiction psychiatrist in Stoke-on-Trent 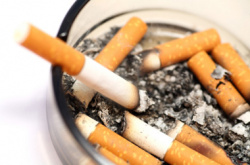 BANNING SMOKING: A WELCOME PROPOSAL: Smoking could be banned in offices and factories, restaurants and most pubs within four... 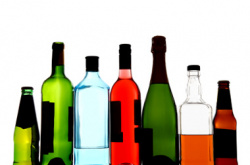 PROBLEM DRINKING: THE BIGGER PICTURE: The government's education-based 'sensible drinking' strategy for countering alcohol misuse is not evidence-based and... 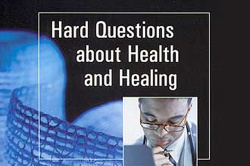 HARD QUESTIONS ABOUT HEALTH AND HEALING: Society is obsessed with health but uncertain what it is. Modern medicine's 'miracles' appear... 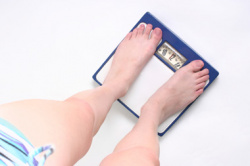