DUNSTAN, THE EMBRYO AND THE CHRISTIAN TRADITION

DAVID JONES
TRIPLE HELIX 2005, SUMMER, PP10-11
< START OF LIFE | < NEW TECHNOLOGIES
The late Anglican theologian Professor Gordon Dunstan was profoundly influential in providing a theological basis for downgrading the status of the human embryo; and his conclusions played a major part in shaping the 1984 Warnock report (which led to the 1990 Human Fertilisation and Embryology Act) and influencing the Lords' Select Committee on Stem Cell Research, leading to the legalisation of embryo cloning. Some Christians still defer to his writings in claiming a justification for embryo freezing, research, disposal, genetic testing and therapeutic cloning. However his conclusions are based on mistranslation of Scripture, mistaken biology and a misrepresentation of the Christian tradition. 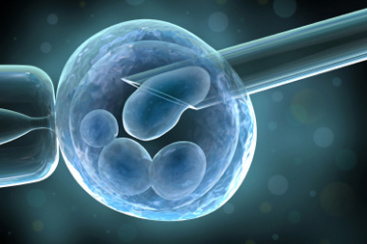 With the debate on cloning and embryo experimentation raging on, it is more important than ever to decide how we view early embryos. Should they be protected from destructive experimentation? Or would it be a waste not to make use of them? Christians have sometimes looked to the Early Church to provide guidance on questions that are not clear in Scripture. Taking such an approach, the late Professor Dunstan offered an account of traditional Christian beliefs that seemed to justify the use of human embryos. This profoundly influenced the House of Lords Select Committee on Stem Cell Research in its stance on embryo experimentation. Tragically, Dunstan's account underplayed the constant care shown by Christians for the embryo. Furthermore the beliefs he invoked to downgrade the embryo relied on a flawed biblical translation and an outmoded biology.

In ancient Greece and Rome there was little regard for unborn or newborn infants. Even the most thoughtful writers of the age - Plato, Aristotle, Cicero and Seneca - defended the practices of abortion and infanticide. The contrast with early Christianity could hardly be greater. The earliest Christian writing to mention abortion and infanticide is the Didache in the first or early second century: 'You shall not kill a child by abortion nor kill it after it is born'. (1) The same teaching is found in the letter of Barnabas, the writings of Tertullian and many other early Christian witnesses. (2) Killing an unborn child seemed to contradict the acceptance of life as a gift from God, the Christian concern for the weakest and the most vulnerable, and not least, the implications of God becoming incarnate as an unborn child in the womb of the virgin Mary. Christians did not base their concern for the unborn on the basis of a single proof text from Scripture. Rather, everything seemed to point in the direction of protecting the child in embryo, and nothing pointed against.

It is therefore paradoxical, to say the least, to find someone appealing to the Christian tradition in order to downgrade the human embryo, so permitting embryo experimentation, early abortion and the use of the morning after pill. Yet this was precisely the method of argument used by the late Professor Gordon Dunstan. (3) He drew attention to the fact that medieval Christians such as Thomas Aquinas believed the embryo did not receive a spiritual soul from God until it was fully formed. This theological opinion was dominant in the Middle Ages, though traces of it can be found as early as fourth century and its influence lingered on well into the nineteenth century. Having highlighted this strand of the tradition, Dunstan asserted: '…the claim to absolute protection for the human embryo 'from the beginning' is... virtually a creation of the later nineteenth century'. (4) Dunstan's argument strongly influenced Bishop Harries, Chair of the House of Lords Select Committee on Stem Cell Research, which came out in favour of destructive research on embryos. It has even been accepted in a publication of the Christian Medical Fellowship: 'Gordon Dunstan, Professor of Moral Theology, has shown that the concept of absolute protection for the early embryo is a relatively modern one.' (5)

In order to evaluate this reading of the tradition, we need to ask why so many Christians came to make a moral distinction between the formed and the unformed embryo. Why was the idea of delayed ensoulment so compelling? It is not found in Scripture nor is it in the earliest Christian tradition. Where did this idea originate?

Dunstan acknowledges that the formed/unformed distinction was introduced into the Christian tradition through the influence of a passage in a popular Greek translation of the Bible:

However, the Septuagint version of this passage is a mistranslation! It is not an accurate portrayal of the Hebrew text, which does not refer to formed or unformed, but which distinguishes penalties according to whether the departure of the infant from the womb causes serious harm (Hebrew ason). The term fully formed (Greek exeikonismenon) is not found anywhere in Scripture. Furthermore, the one reference in Scripture to the unformed embryo seems to emphasise God's concern for the human embryo and certainly does not downgrade it with respect to the fully developed foetus. (6)

Many early Christians were gravely misled by the Septuagint mistranslation of Exodus 21:22- 23; even Augustine, who tended to believe that the soul was present from the very beginning, felt compelled to draw a distinction between the formed and the unformed embryo. His writings subsequently exercised great influence as he was often taken as an authority for later theologians. However, in the case of this passage, they were building on sand, for Augustine himself was reliant upon a flawed translation of Scripture.

The moral distinction between the formed and the unformed embryo, first introduced into Christianity through the mistranslation of the Septuagint, later came to be defended by appeal to the authority of Aristotle. For, in the new universities of the thirteenth century, Aristotle was regarded as 'the master of those who know'.

The embryology of Aristotle has been described as 'quaint but not unreasonable' as if to suggest that it remains valid, at least in outline. (7) However, at many points it is simply erroneous, as has been evident since the experimental work of Harvey, Stensen, de Graaf and others in the seventeenth century. For example, Aristotle believed that conception was due to the congealing of menstrual blood under the influence of seminal fluid, that the female did not produce seed but only matter which was then given form by the male seed; and that the embryo initially had no internal structure. He believed that embryonic development was directed by the male parent through the instrument of the spirit (pneuma) present in the seed and not by a power of the embryo itself. For this reason, he held that the embryo did not belong to the human species until formation was complete at 40 days for males and 90 days for females.

None of these claims are scientifically tenable. The female does produce a true gamete and makes an equal contribution to inheritance. Embryonic development is directed by the embryo itself, not by the father acting at a distance. Finally, and most significantly, the embryo is specifically human from the time that sperm and ovum fuse. Aristotle's claim that the embryo is not specifically human helped persuade medieval Christians that the soul was given later in development. However, being more critical of Aristotle, both Calvin and Luther believed that the soul was given at conception; from the seventeenth century Catholic theologians increasingly came to agree with them. (8)

It is worth noting that medieval Christians, so illserved by a flawed translation of Scripture and by a mistaken ancient embryology, nevertheless retained the primitive Christian tradition of concern and protection for the early embryo. Distinctions that stemmed from the Septuagint and Aristotle had an influence on the penalties of Church law and civil law, but the human embryo was never viewed as a disposable thing or as a non-human animal. It was always viewed as deserving the utmost protection, as a living being who was being formed by God for a future he had in mind, whether or not 'ensoulment' had yet taken place. The expulsion of a human embryo from the womb was never sanctioned except when it was caused indirectly while seeking to save the mother's life. Indeed, medieval Christians regarded the deliberate destruction of the early embryo as a grave sin, if not as homicide then as something closely analogous to homicide. (9)

The argument put forward by Professor Dunstan, and perhaps naively accepted by others, is thus profoundly mistaken. The Christian tradition provides no precedent for using human embryos in destructive research for the sake of medical progress. 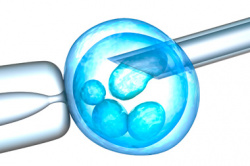 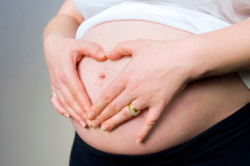 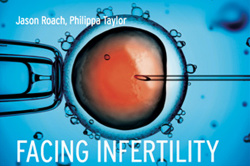 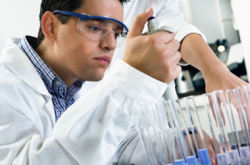 CHRISTIANS AND MEDICAL RESEARCH: Although only a minority of doctors will be actively involved in research, all doctors...
MORE START OF LIFE RESOURCES >
MORE NEW TECHNOLOGIES RESOURCES >