ASHES TO ASHES: THE TOBACCO INDUSTRY

In the light of recent legal developments in the US and bad publicity world wide for the Tobacco Industry, Rosemary Lambley investigates the current situation. 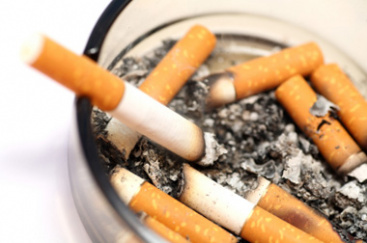 The tobacco industry has been repeatedly embarrassed this year. In June, the cigarette manufacturer Philip Morris was ordered to pay $3bn (£2.1bn) in damages to a 56 year old American with lung and brain cancer, one of the largest awards ever made to an individual smoker. A separate judgement in New York required six cigarette companies to pay Empire, a health insurer, $29.6m towards health care for sick smokers. The industry has also been held to account for disease caused by passive smoking. A non-smoking Australian woman who worked for eleven years in a smoky bar won $A466,000 (£169,000) from her former employer after she developed throat cancer.

In June, the business school at the University of Nottingham accepted a gift of £3.8m from British American Tobacco, a gift which Richard Smith, a professor at the city's medical school and BMJ editor, described as 'offering the industry a respectability it doesn't deserve'. Smith resigned his professorship in protest, a team of 20 cancer researchers left and the Cancer Research Campaign withdrew a £1.5m stake from the university. Most recently, Philip Morris was forced to apologise for a report sent to the Czech government claiming that smokers' early deaths saved them more than £100m a year in social services provision for the elderly.

The scale of the problem

However, these are irritations that the industry can easily brush off - and afford. 50% of men in the developing world smoke and this figure is rising. In the UK the proportion of 15 year olds who smoke grew from 25% in 1990 to 28% of boys and 33% of girls in 1996. During this period smoking also became more popular among 16 - 24 year olds, particularly women. Thus there are two fertile pools from which smokers are being recruited: the young of the West and the people of the developing world. According to the Royal College of Physicians, 95% of smokers are addicted to nicotine. In July this year, Philip Morris reported a 5.4% increase in its profits in the second quarter, to £1.6bn. With growing profits and the global trend towards more smoking, tobacco magnates have no need to worry about their future.

A report for the World Health Organisation (WHO) estimates that the annual number of deaths resulting from tobacco use will rise from four million to ten million by 2030, with 70% of this increase being in the developing world. In both Britain and Delhi, smoking is more concentrated in deprived populations; tobacco marketing targets the vulnerable. Teenagers' exposure to tobacco marketing is significantly associated with their smoking status. Cigarette companies have also promoted their products among young women by sponsoring women's organisations and events such as a 'Woman of the Year' competition in Russia. The health agencies that patch up the damage are struggling against a thriving multinational industry with clever marketing strategists and a bulging wallet. More worrying still is the impact of passive smoking, particularly on children. To take two examples, a Czech study showed that children under five living with smoking parents are nine times more susceptible to bacterial meningitis than their peers. Meanwhile, American work suggests that tobacco smoke exposure in utero makes a child more likely to develop asthma than exposure only after birth. In Britain 30% of pregnant women smoke. In developing nations, only 12% of women but 50% of men are smokers; their habit has consequences for millions of passively-smoking wives and children.

What is being done to oppose the global trend towards increased smoking and its consequences? The WHO is negotiating a treaty aimed at reducing tobacco use worldwide, known as the Framework Convention on Tobacco Control. African and Asian nations have complained though that the current draft is too weak. They want it to include a total ban on cigarette advertising; currently it contains only a ban on advertising to children, which these countries say is unenforceable. Closer to home in the UK, smoking cessation services including behavioural support and buproprion (Zyban) on prescription are available on the National Health Service. However, the government has been criticised for not including a Tobacco Bill in the Queen's speech. This means that legislation outlawing tobacco advertising will not take effect for at least a year. A private member's bill that would ban tobacco advertising and sponsorship in the UK is expected to have its second reading in the House of Lords in October. A recent editorial in the BMJ recommended that Britain set up a nicotine regulation authority to govern the activity of cigarette manufacturers; cigarettes, although they deliver a dose of an addictive drug, are currently exempt from regulation by the Medicines Control Agency.

What can we do?

The tobacco industry is a force opposed to God; it diverts money from families and communities, erodes their health and encourages dependence and addiction, all for the single purpose of making money for company directors and shareholders. Supporting initiatives to curb the rise in smoking and also encouraging individuals who want to give up are immensely valuable ways in which doctors and medical students can demonstrate God's love and justice.

As medical students we may not feel that we can do much to help patients give up smoking. However, when taking a social history from a smoker, we can easily ask the question, 'Have you ever tried to give up?' Around two thirds of smokers would like to stop and there are those that may be unaware of the support that is offered to smokers trying to give up. We can help them by suggesting possibilities, some of which are outlined below 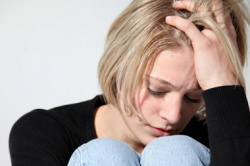 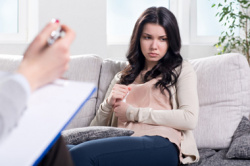 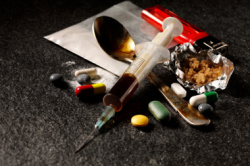 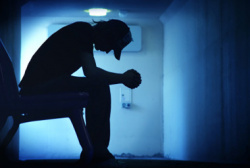